The black orchid flower is one of the prettiest flowers in the entire world! Its deep black color exudes elegance and mystery, which makes it an extravagant decoration for any household.

However, remarkable beauty is not the only thing that makes this orchid so popular — in fact, there are a lot of myths and legends linked to it.

If you want to find out the meaning of black orchids, keep reading!

The Meaning Of Black Orchids 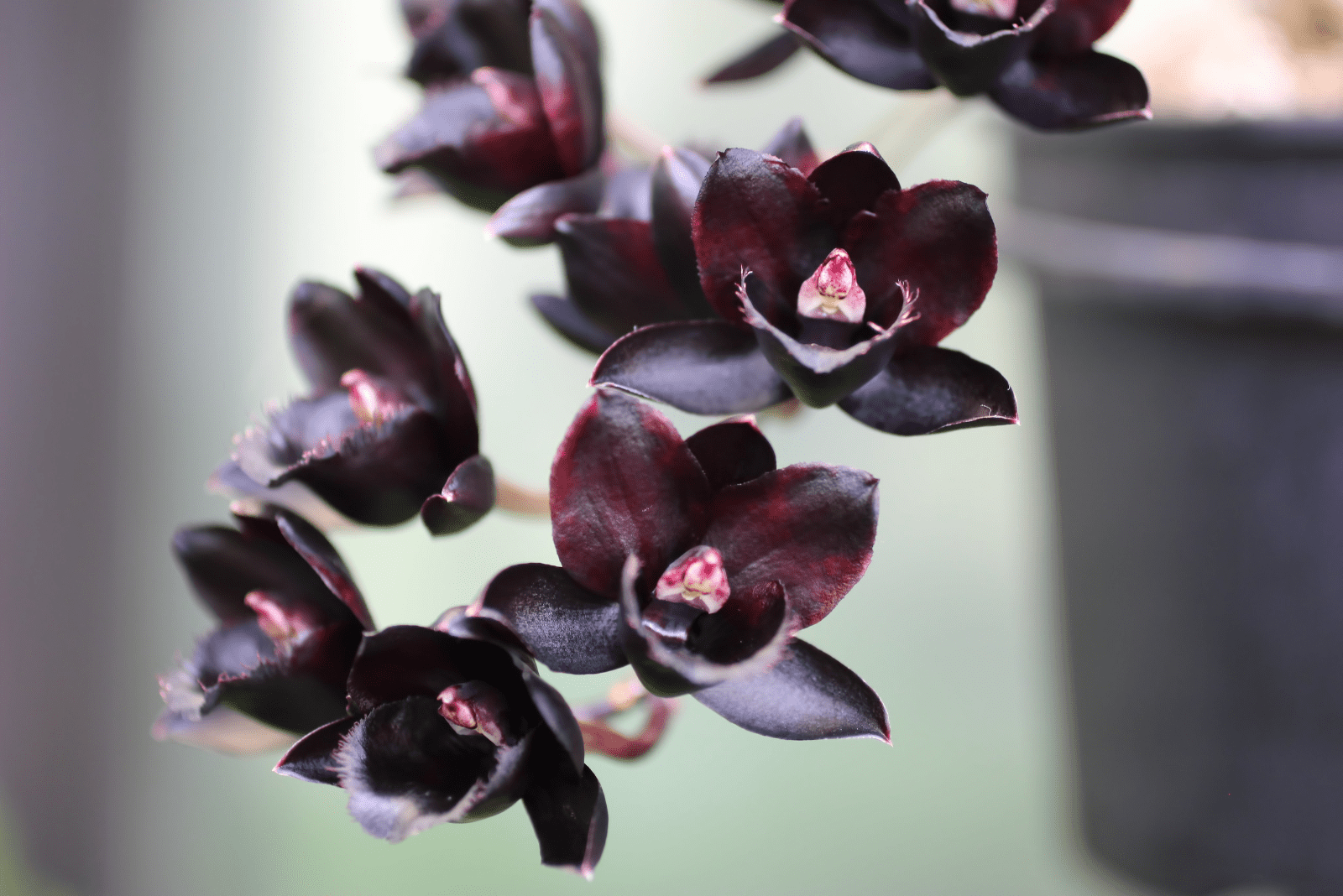 The black orchid, also known as the Oncidium atropurpureum, is a type of orchid that produces beautiful flowers with black petals, and yellow lips and dorsal. It is usually grown in Asia and South America.

This is a rare orchid that has intricate growing conditions and a very complex care guide.

Lately, there have been numerous black orchid hybrids — many of them have a deep purple, maroon, green, or blue color, though they all look alike. The most popular species of orchid with black flowers are Paphiopedilum Black Velvet, Dendrobium Fuliginosum, Dracula Vampira, and Coelogyne pandurata.

Let’s take a look at the history of black orchids, and then discuss the true orchid symbolism.

Black orchids were initially discovered in the 16th century in Spain, where they were preserved in a museum. As science progressed around the 20th century, many hybrids that resembled this beautiful orchid started appearing. Nowadays, there are 50 shades of black orchids!

They got the name “orchid” based on the Greek word, “orchis”, though the word actually means testicle — this is because of the shape of their tubers and rhizomes, and ancient Greeks thought that they resembled a reproductive organ.

They were popular in several different cultures. For instance, the Chinese treated breathing problems with black orchids, while Aztecs commonly drank the flower mixed with vanilla.

The black orchid is also known as the flower of peace in Mexico, and is considered to be a national flower of Belize (Prosthechea cochleata specifically).

As it has been described by many different cultures, there are a lot of meanings behind black orchids.

First, the color black is usually associated with evil, great power, and death. In China, the black orchids represented death, which is why they were forbidden in houses. However, there were some connotations that it also represents the moment when someone is reborn.

For French people, black orchids symbolize absolute authority and great power, accompanied by mysterious black beauty. This meaning has been widely accepted, especially by the elite class, because this plant exudes luxury (folks from the Victorian age also used orchids for similar reasons).

There’s another meaning of black orchids, which says they represent great sadness. The black orchid is the subject of an entire poem by French poet Baudelaire, which also includes references to tears, sadness, and death.

Throughout history, black orchids have often been associated with witchcraft, dark magic, spooky legends, and Gothics. So, if you are planning to grow a gothic garden, then you should definitely consider buying these orchids.

As for the Greeks, this plant is a symbol of virility and fertility (I mean, they named the flower based on a reproductive organ!).

The black orchid flower meaning has some special connotations to it. This is quite important because we often tend to use flowers as perfect gifts to show our emotions.

For instance, we give red roses to display love, white orchids for weddings, and white lilies for peace and health.

So, what does the black orchid flower mean?

Well, it is a symbol of sexuality. Black orchids are a great gift for your partner as they represents sexual desire for a lover. They can also be combined with pink orchids, which express seduction and romanticism.

The black orchid flower also symbolizes power and success, so you could give them to someone who recently got a promotion. Black orchids are sometimes given to bosses because they represent great success, personal victories, and the achievement of bigger goals. I would suggest you say what black orchids represent so your boss won’t get confused with other meanings!

How To Identify A Black Orchid 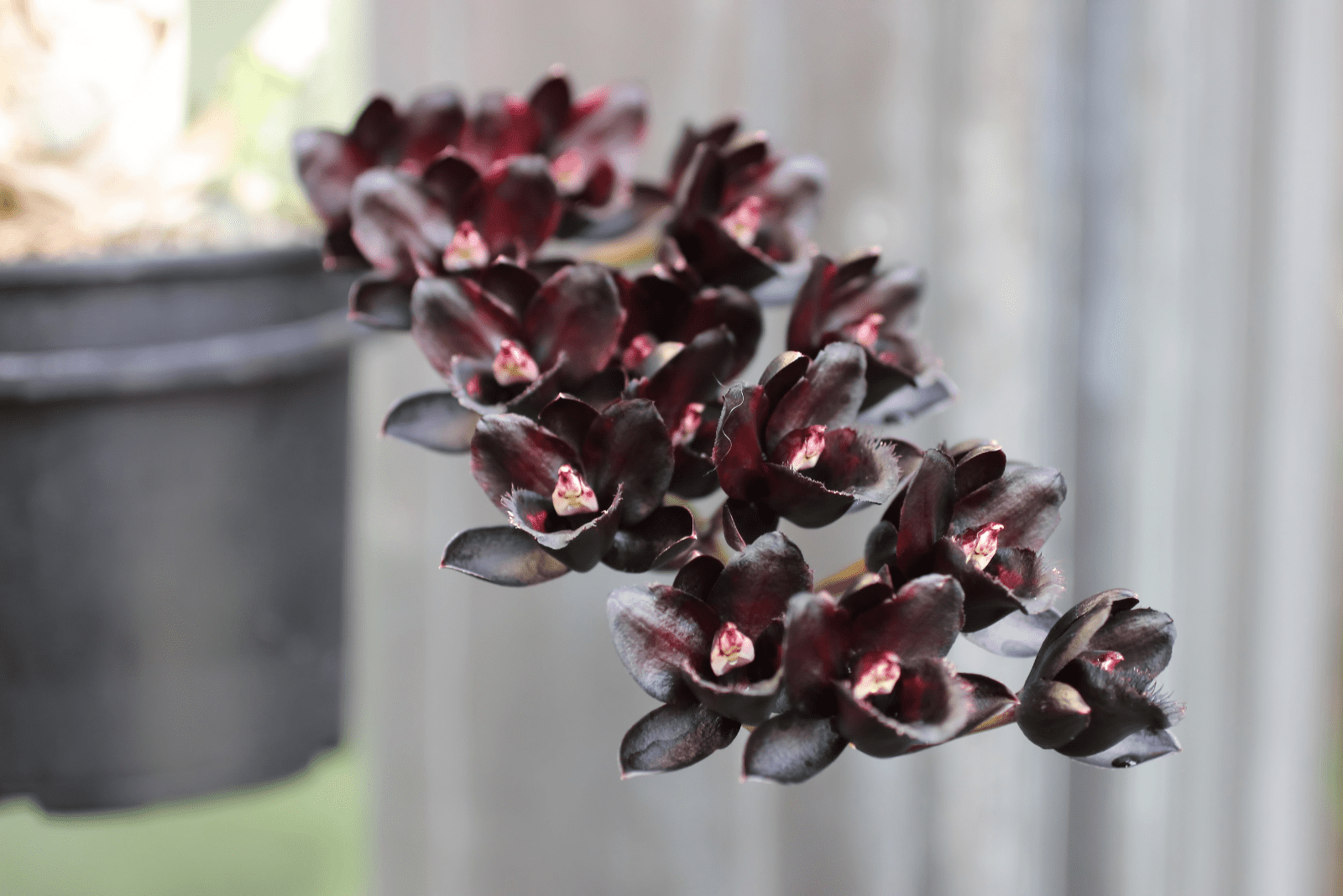 It is quite simple to identify black orchids because their flowers are black!

However, if you are buying a black orchid online, sometimes they might sell you an orchid that looks like it has black flowers, but is actually purple or blue. Therefore, you must get familiar with these “almost-black” orchids.

For instance, Grammangis Stapelliflora has deep brown flowers, while Cymbidium Canaliculatum var Sparkesii has maroon flowers. However, they look a lot like black orchids, so if you are planning a spooky party with all-black decorations for Halloween, I would suggest you get some of these orchids.

Please note that these orchids are very delicate, and it can be hard to take care of them. They like warm temperatures and partial sun exposure. Inadequate temperature might be the reason your orchid is not flowering.

Now that you know the true meaning of black orchids, I hope that you will use them wisely!

If you are planning to grow them in your garden, make sure that you carefully examine their care guides because these flowers are very delicate and needy.

You can always buy a bouquet of black orchids for someone special — they look so extravagant and classy! 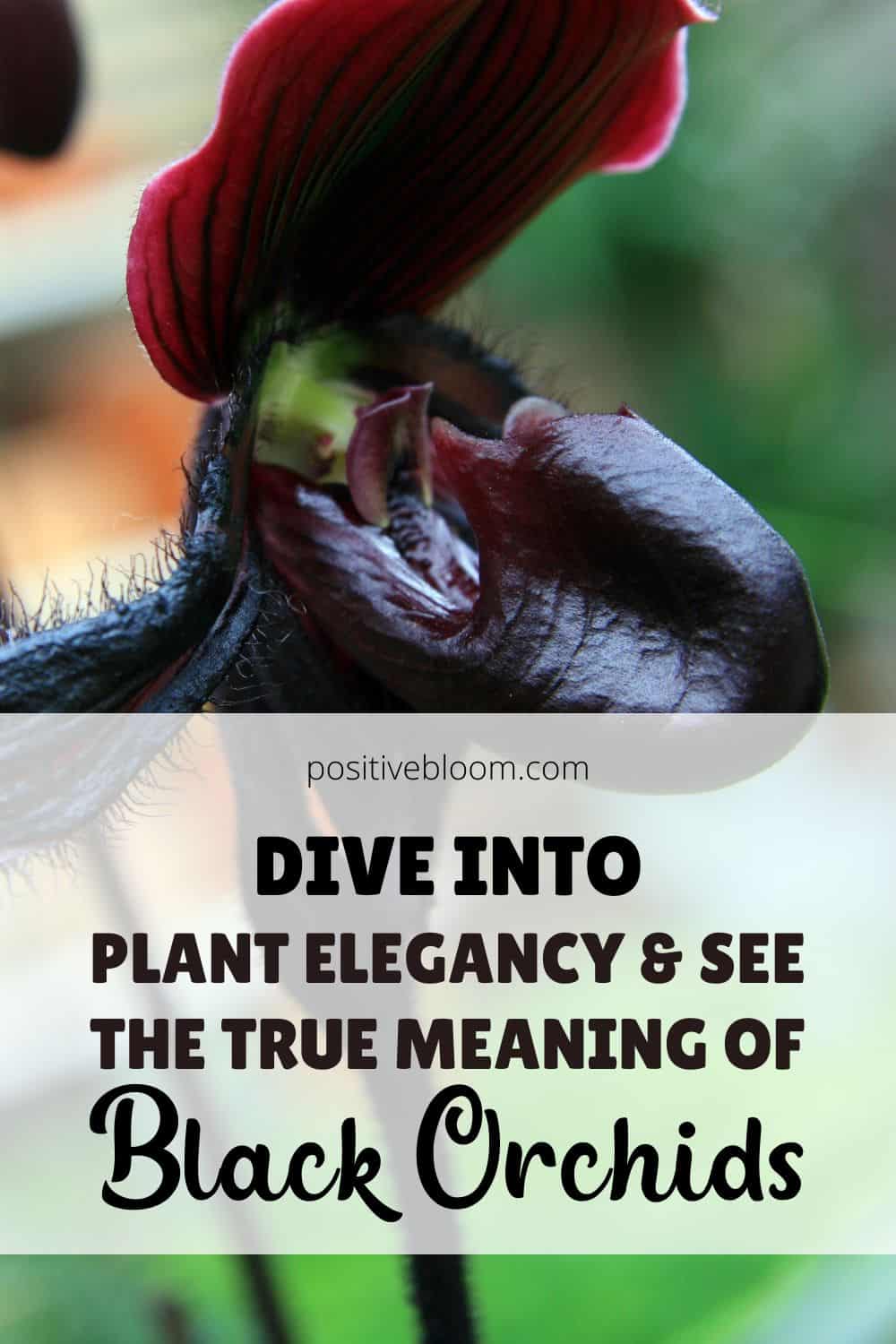 […] They will blossom all year long if you provide them with all they need. Additionally, they are available in a variety of colors, such as yellow, pink, variegated, blue, white, and red. You may even see a black orchid! […]

18 Flowers That Represent Strength Perfect For Any Garden

[…] meaning is something that never gets boring. Just look at the symbolism of black orchids, which can signify sadness, authority, power, luxury, elegance, and […]

[…] indoors, people often grow certain plants because of their special meanings. For instance, the meaning of black orchids is associated with power, authority, and luxury, which is why the elite class frequently buys […]